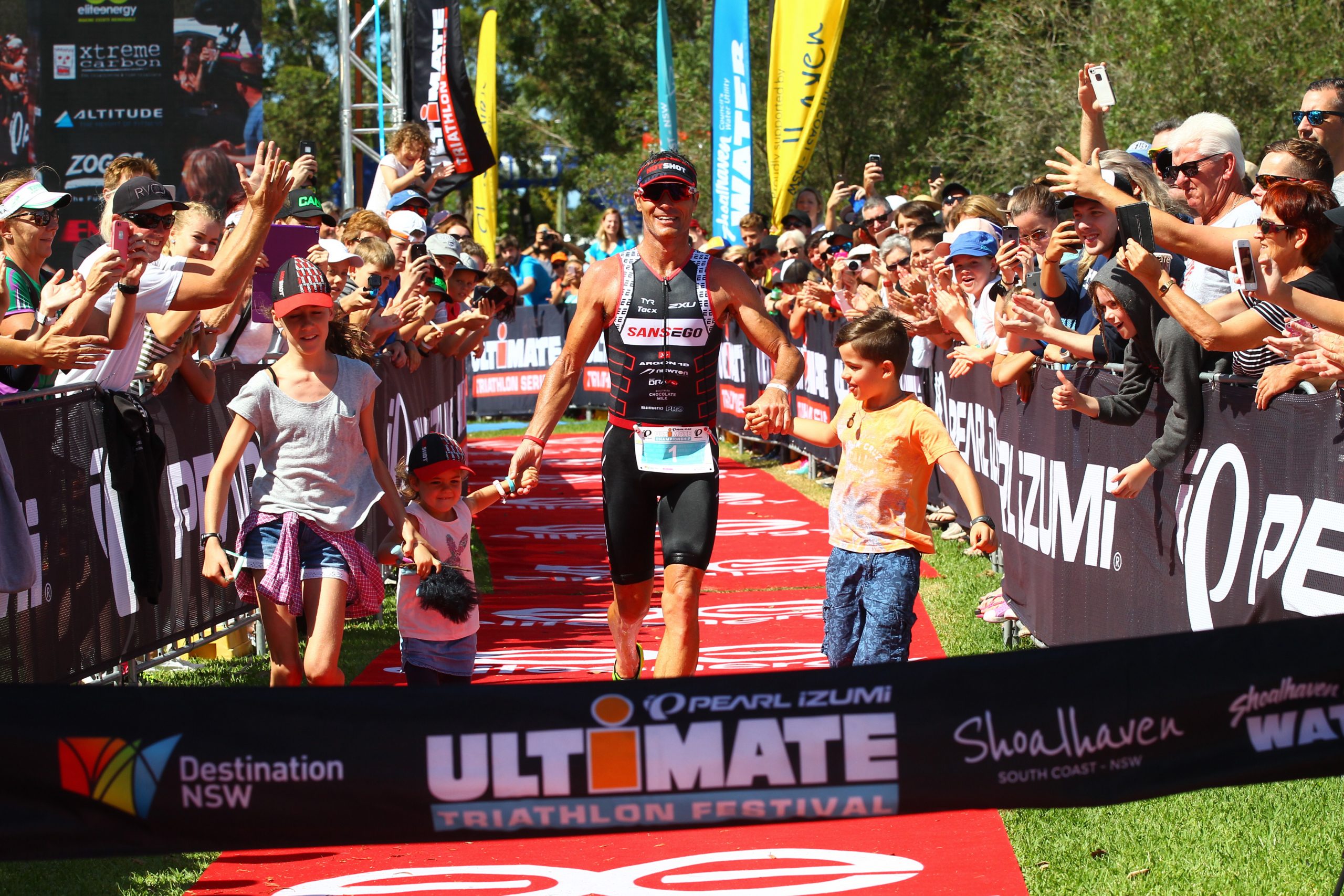 Three-time Ironman World Champion and Kona course-record holder Craig Alexander (AUS) said he will wait until the end of August before deciding whether he will return to Hawaii in 2014.

Australia’s Craig Alexander is leaving himself a little over five weeks to see if his body can handle the rigours of another Kona campaign, but is hopeful he will be on the start-line at the Ironman World Championship later this year.

“I feel I will be ready to make a decision by the end of August, and I’d like to do a tune-up race,” Alexander told firstoffthebike.com. “If I’m going to do Kona, I’d like to race somewhere before it. Probably not Mont Tremblant, I think that’s too far out, particularly with where my fitness is at. I don’t think I’d be ready to step into a field of that calibre seven weeks from now. But an extra five weeks on, definitely.

“Twelve weeks is a long time, especially when you’ve been doing the sport 20 years. I think you have a big base, a lot of muscle memory, a lot of experience to call on. So when I head back to Boulder, my total focus is on getting fit and healthy and getting in race shape.”

Alexander revealed it was a decision made between he and wife Neri not enrol their son, Austin, in primary school in Australia that prompted a rethink on whether or not to race Hawaii in 2014. 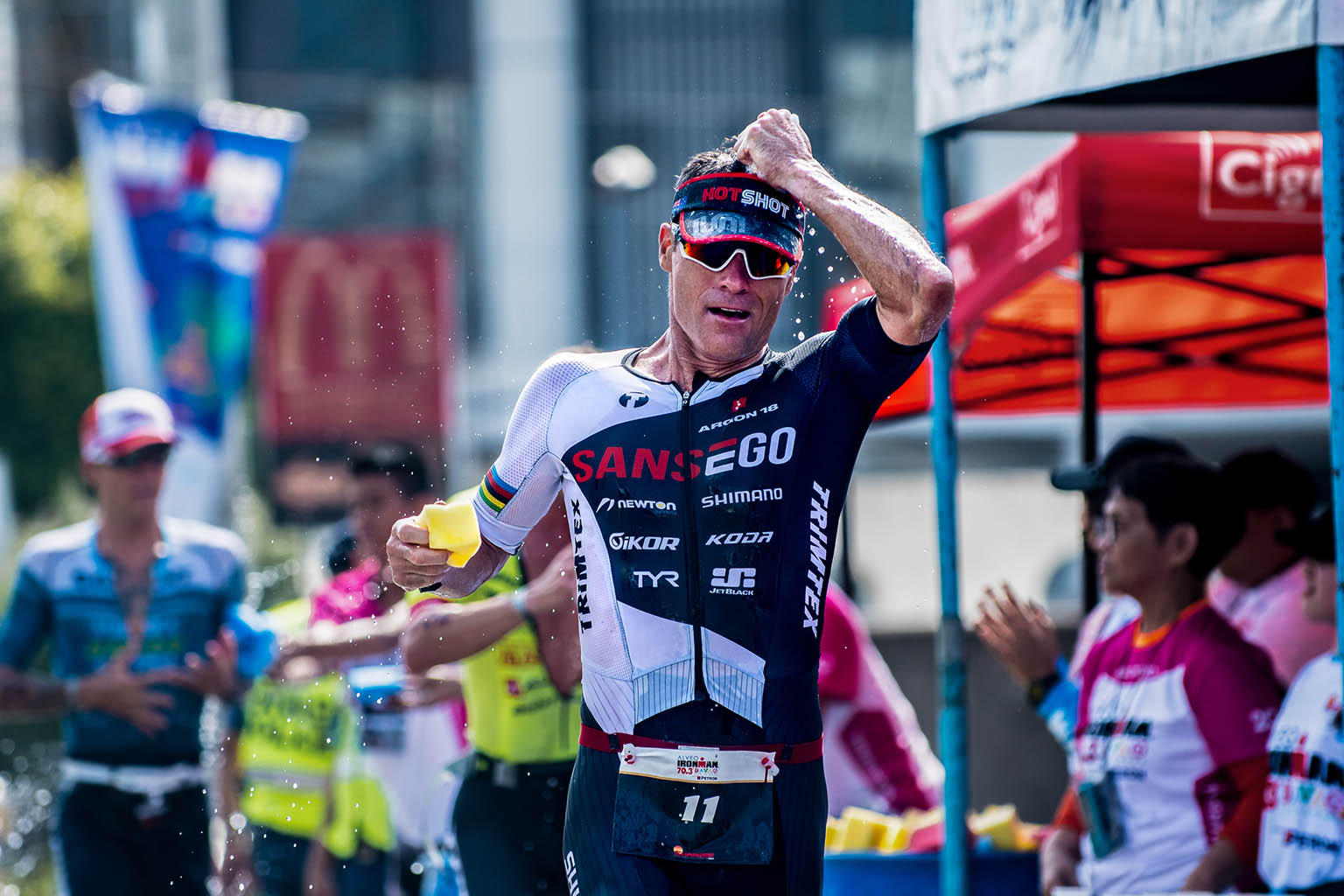 “I thought last year was going to be my last year in Kona. It certainly felt that way from a lot of different perspectives. I was feeling I was at a point in my career where, with a lot of sponsorship obligations and travel, I wasn’t able to focus on keeping my body healthy the way I would like to.

“From a family perspective, the plan was that our son was to start school this year. We’ve been homeschooling Lucy [Craig’s eldest daughter] for a while now, but Austin was meant to start school and Neri and I had always said when that point arrived it was probably time to travel a lot less. But then in January back in Australia, which is when the school-year starts back there, Austin was only four and a half. So we decided not to start him this year.

“Things can change, and plans can change. Obviously, straight away I started to think about Kona.”

Knowing his son would not be attending school in January, Alexander took up the option to race Ironman Melbourne to validate his entry for Kona. Before racing the Asia-Pacific Championships, Alexander wiped the deepest 70.3 field assembled in Australia this season.

“I’ve stated in the past I feel when I’ve got fit I can still compete, I showed that at Geelong in what I think is the best 70.3 field that’s ever been assembled in Australia for a long time. Tim Reed was there, Brad Kahlefeldt, Peter Robertson, Courtney Atkinson, James Hodge, it was a great field. Tim Berkel, Clayton Fettell, the list goes on.

“It’s one thing to talk about getting in that shape, but it’s another to actually get in that shape and race. But after Geelong and knowing that Austin wasn’t going to school, I jumped into [Ironman] Melbourne for that reason because I didn’t want to get to July or August and think it was a shame not to have validated.

“I think I had a fairly decent performance in Melbourne, not the greatest. It was a good run, and I felt it was a pretty decent bike. When you’re not in that front group and that [group] is where all the contenders are, 14 or 15, where all the media vehicles are, you need to be in that [front group].

“It was a good race, but I guess the main thing was I validated. Since then I had a big break after Melbourne. Had some travel up to Malaysia, some travel around Australia for different things and then we had a family holiday in Brazil.”

Far from ‘race fit’, Alexander knows there is a lot of work to be done over the next 12 weeks, but he is ready to give it his total focus.

“I wouldn’t say I’m unfit, but I am nowhere near race fit. It’s all well and good to talk about going to Kona, there’s a lot of hard work to be done between now and then, but mainly on my body. I need to be confident that I’m not going to get a 100-kilometres in and not be able to hold onto the aerobars. 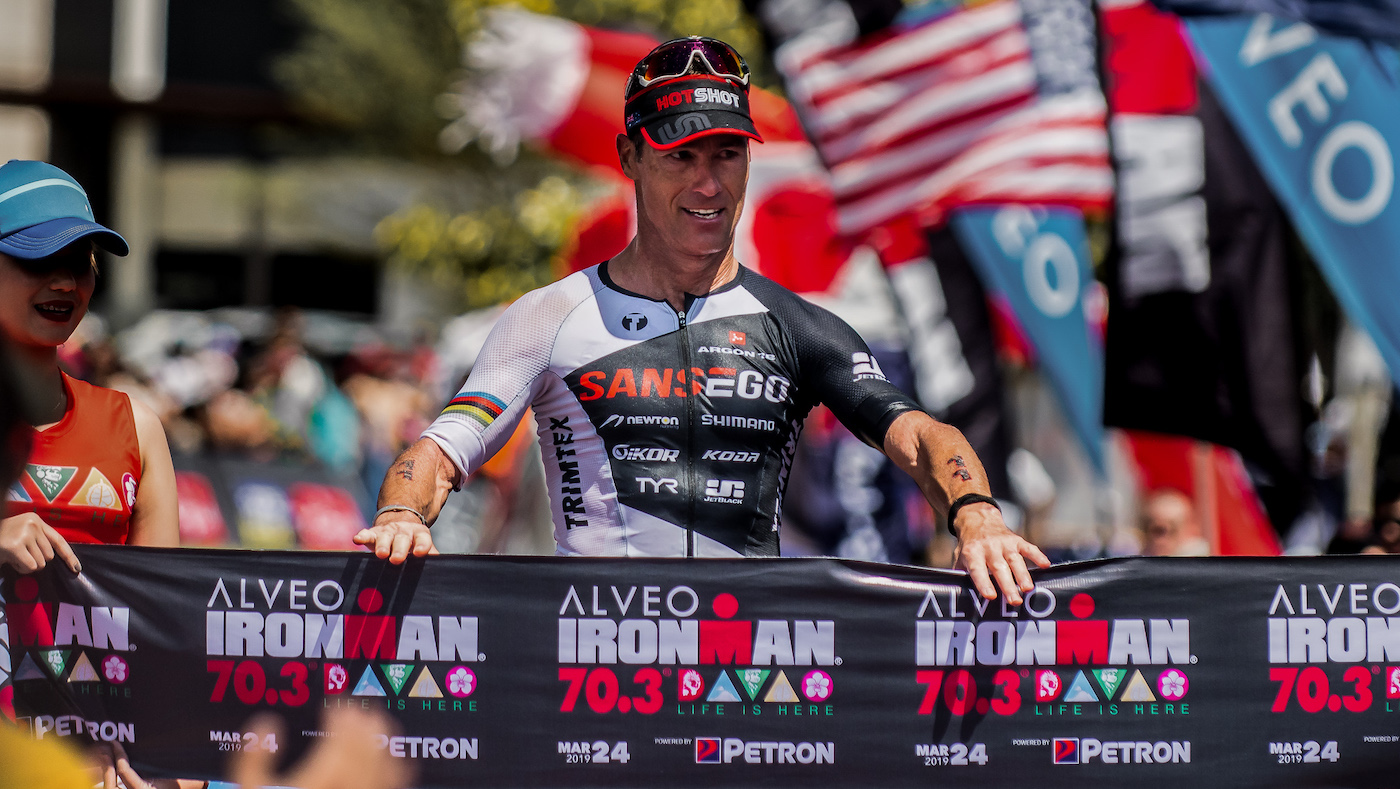 “I had this trip to the UK to do, plus some other engagements, one in Houston, a few others around the place, one in New York this week. So I always felt I would be coming over in some capacity, but when Austin wasn’t at school, Neri and I talked about spending the whole summer [in Boulder]. I’m certainly in the right place I feel to prepare and that’s my plan when I get home. I think it’s 12 weeks to Kona, that’s plenty of time, but I need to get to a point where I feel confident that my body is in the right place.

“I’m getting a lot of work done on my back, particularly in Boulder. I’m putting in the effort absolutely, but I am a long way from saying definitively ‘Yes, I am going to go’. It’s not about anything other than me needing to feel I am ready to race there. I would love to race there, but I know how hard it is, but that’s on the agenda.”

Nearing the end of a brilliant career, Alexander revealed his motivation to compete is driven by facing the best at major championship events.

“At this point in my career where if I am going to go to the time and effort, and the people around me are going to sacrifice all the things we need to do, I feel the races to do are the big ones. If you are going to put that effort in you may as well go to the races you enjoy and the races I enjoy are the Championship races.

“It’s been on my radar for months now. I’ve been chipping away, doing what I feel is the right sort of training for where I’m at in my career to keep my body fresh and healthy. A lot of focus on working in the gym, on getting the right sort of therapy.

“Certainly the last 18 months has been challenging because I’d never really had to deal with anything my whole career, and I wouldn’t say it’s an age thing, it’s more a time thing. I just haven’t had the time to devote to it.”

Alexander will have three months to get himself race fit for Hawaii when he returns to the US, and there’s no doubt his presence on the Big Island would provide a huge amount of media interest come October.

Firstoffthebike.com will have the full interview with Craig Alexander out in the next couple of days, where he also discusses the Kona Pro Rankings, prize money, future of the sport and his new role as a coach and mentor.