Dan Atkins is quietly building himself an impressive stable of athletes up in Queensland in the junior and under-23 ITU ranks. Firstoffthebike.com’s Liam Bromilow caught up with Dan recently to find out a bit more about the talented coach.

On a rainy, blowy, Sunday afternoon I had the opportunity to meet team Dan Atkins. It’s a close-knit family of four with Dan, wife Katie, and two girls – six-year-old Ella and three-year-old Molly. At heart, Dan is a family man who loves his wife and kids, but get him on the training paddock and he’s as tough as nails with an intensity and focus of a Mensa recruit. But really, Dan’s family extends to 15 plus because if you sit and listen to him talk about his athletes, his smile glows with love and admiration. I took the opportunity to sit down with the talented coach over a plate of Subway Cookies and left with the following.

How did you get involved in triathlon?

I started triathlon way back in 1989 when I was at school. I was a footy player but always trained outside of football, particularly swimming and running. I saw a flier for a triathlon one day and went out and bought a bike. I raced, and all I remember was chucking up my guts at the finish line, but it gave me so much pride and sense of achievement that I was hooked. So I kept dabbling in triathlon but rugby league was my main sport until around 1993. The next year I competed in Noosa after doing some training with Brendan Terry. He was a no holds barred coach who trained athletes to their maximum.

Over time he began to see that I had coaching potential rather than competing potential, and suggested I take on a coaching role. Together we opened up a swim school at a small 25-metre pool at Wilston, in Brisbane. I developed as a swim coach, and over my time I coached a deaf child to an Australian record. After coaching the children of Michael Bohl (current swim coach of Stephanie Rice, Leisel Jones, Kendrick Monk, among others) he reiterated what Brendan Terry told me years earlier, and saw coaching potential in me. I had developed a special rapport with my athletes, and Bohl thought I could take some of them onto representative honours. I gave it my all, but we soon learnt that my passion was triathlon. From this (which was 2003), I developed DAT (Dan Atkins Training and Racing club) and I’ve grown from there. 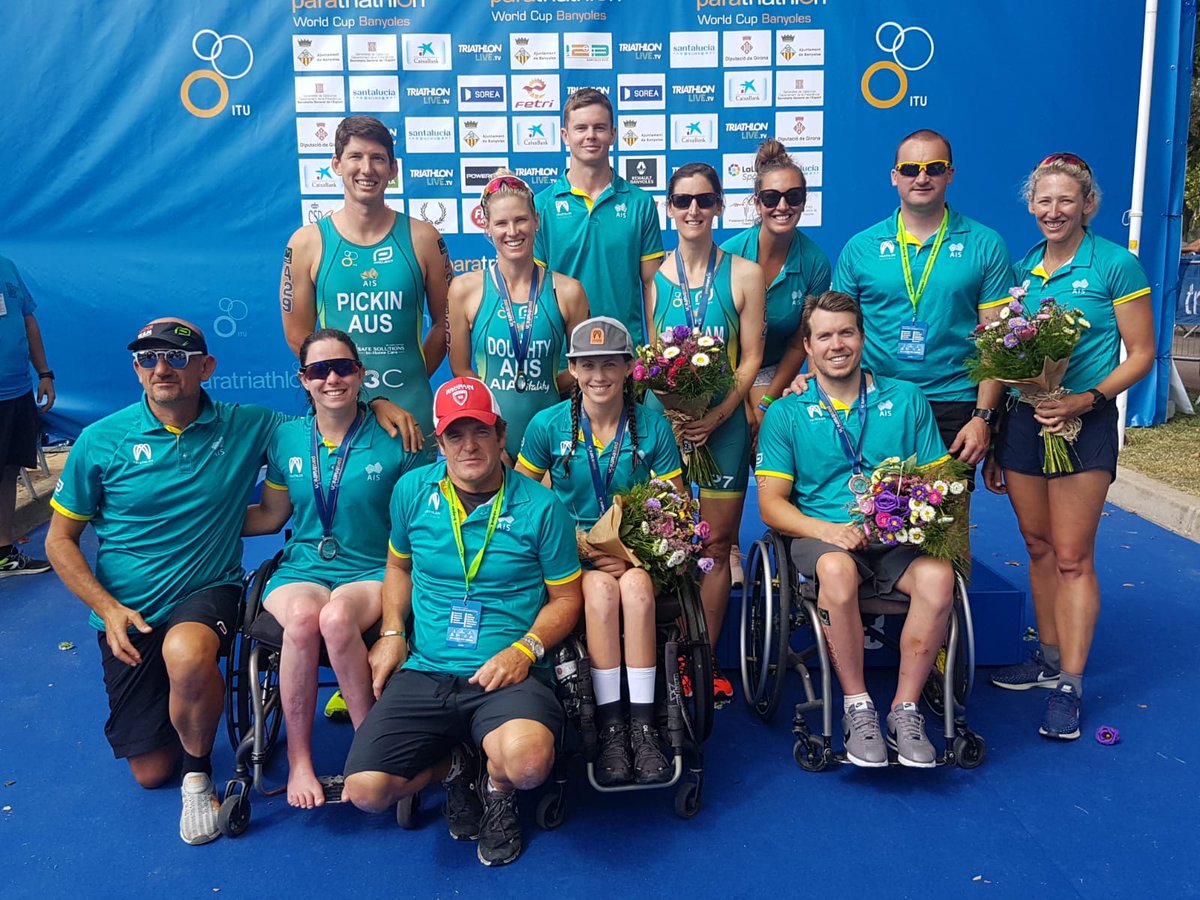 Who did you mould your coaching philosophy on?

Again, it was Brendan Terry who impacted me the most as a coach. He was my first coach, and I loved the way he went about his business. I developed my methods and philosophy on how Brendan trained me through the ‘90s. We worked on the fact that every session should be as close to race-pace as possible. We don’t race slowly, so why train slowly? Obviously periodisation comes into play, but the important fact is to make sure consistency is developed and the athletes have the foundations to back up each day. I’ve experienced many things over the years and have come to learn that I need to question other coaches also, and use their knowledge to have impact on my athletes.

It’s easy to monitor how your athletes are going, but you do you assess how your coaching is going?

It takes a lot of reflection. Now being a high performance coach and having athletes compete at world championships and youth Olympics, I need to make sure that every session is the best possible for these guys. I take a lot of pride in what I do, so I’m brutally honest with myself in my reflections. I grade every session I do out of 5, and make sure it’s as close to a 5 as possible. Craig Walton has been a great influence on my coaching recently, and an excellent sounding board for some of my ideas.

Does coaching affect your Family life? 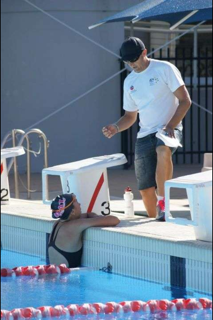 Coaching is a 24/7 job, so it’s definitely hard to switch off at the end of the day. I’m always taking the job to bed with me, to the dinner table with me, even to the toilet with me. I struggle sometimes to let go. Leading up to the Auckland World Championships last year I had two girls that should’ve been put onto the Junior girls team, but the selection committee left it until a few weeks before to select the team. I fought tooth and nail to get both girls on the team, but, in the end, they only selected one. I took that one pretty hard. My family understands though, my wife Katie is the best you can get. She knows the relationships I work with and helps me out a lot.

What has been the highlight of your coaching career so far?

It’s hard to pinpoint because every day I have little wins and highlights. Getting any athlete onto a world championships team (such as Ryan Fisher and Emily Bevan last year) and Ryan winning an Australian junior title. But even the age group athletes I coach, it was amazing to see one of them race 33mins faster at Noosa last year, purely from trusting in the program and the process. That was a big win.

What advice would you give to coaches out there?

Most of all, ask questions! Get ideas off of others. We can’t know everything, so use other coaches as resources.

A few years ago (2011) you were an AIS scholarship coach. What was that experience like?

Shaun Stephens (former AIS triathlon coach) gave me a call and said an opportunity was coming up for a triathlon coach to spend 12 months working intensively with the AIS and develop their coaching. He said it was a great learning experience and would fast track my coaching education by about 5 years. I had to let go of DAT for the year, which is something that I really struggled with. It was thriving and taking leaps and bounds forward. I decided to accept the scholarship and worked at the QAS and AIS, particularly observing how a variety of high performances coaches work in a range of sports. It was a great learning opportunity and definitely something that has set me up to be where I am now. 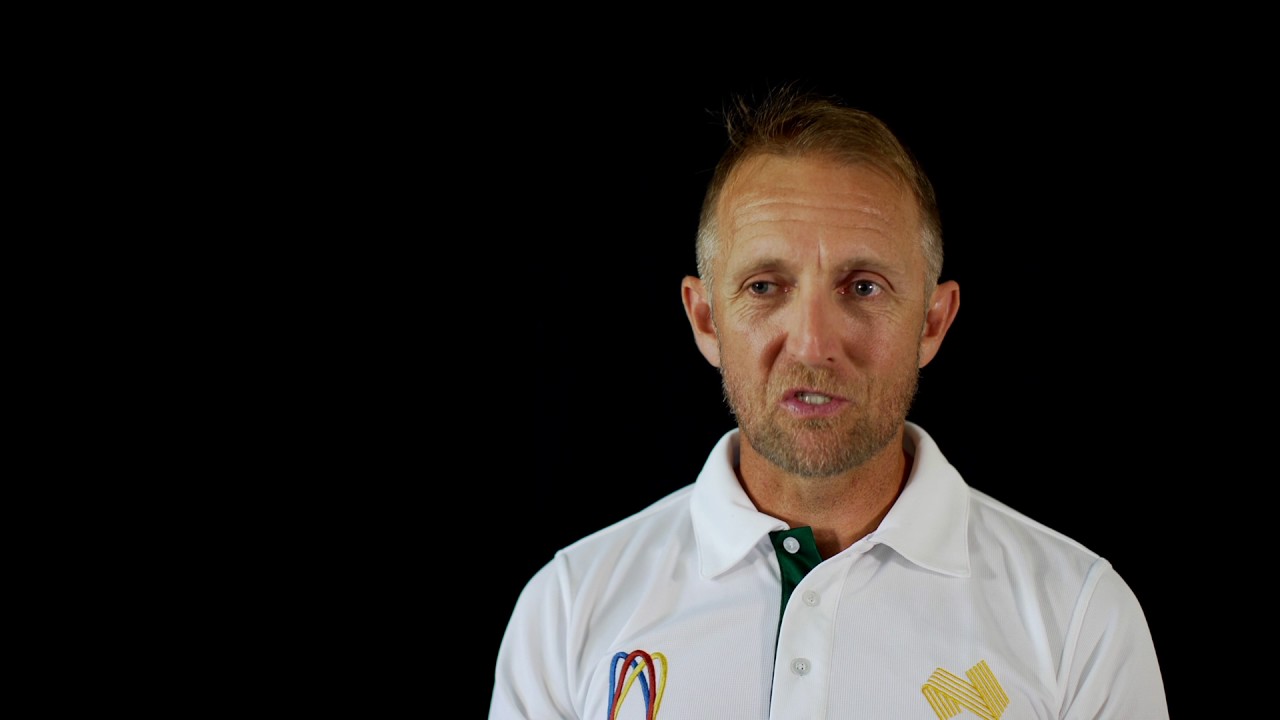 Tell me about your High Performance squad in Brisbane and some of the names we can look out for?

DAT evolved from my need to coach. I wanted to be with athletes every day. I created my own High Performance group rather than following the Triathlon QLD pathway because I had my own blueprint, and honestly, I believe it works. The results show for themselves, with 7 girls (Emily Bevan, Sarah Deuble, Jodie Duff, Holly Grice, Anna Coldham, Brittany Dutton and Maddi Allen) ranked in the top 5 for their respective ages in Australia, and some junior boys (Harry Sweeney and Wyatt Westmoreland), who are about to hit the high performance scene. It has its good points in that we have flexibility to do our own program, but the flip side to that is that we receive no funding.

You recently parted ways with a potential superstar in Ryan Fisher, talk us through that.

In a sense it came on quick, but we also knew it was coming. We’ve been working together for a lot of years, and developed a big working relationship as well as friendship. The thing with Ryan is that he’s very much an individual and likes to make his own decisions. He was 100% committed at all times, but we just started to outgrow each other. He needed to try new things and train with new philosophies, and I didn’t want to hold him back from that. It’s left a massive hole in our squad with him leaving, but the squad is the better for having him there the last few years. I’m still Ryan’s number one fan and I can’t wait to see him medal at a big championship event in the near future.

What are your thoughts about the current state of the elite system in Australia?

I think we’re jumping the gun in labelling athletes as superstars or even saying that they won’t make it. They need time to grow and develop. Back when the F1 and St. George series were around, everyone had a chance to front up against each other and develop their skills against each other. They don’t have that at he moment. We need to get that carrot back in front of them to entice them to push each other and help each other along.

What are your thoughts on how we can beat the Brownlees?

Focussing on the Brownlees themselves will never work. We need to look at the fundamentals of coaching and training and what we’re doing on a daily basis to peg them back. At the moment they’re unstoppable because they’re so good in all three disciplines. We need our athletes working on their training to improve their three disciplines and compete with them on race day.