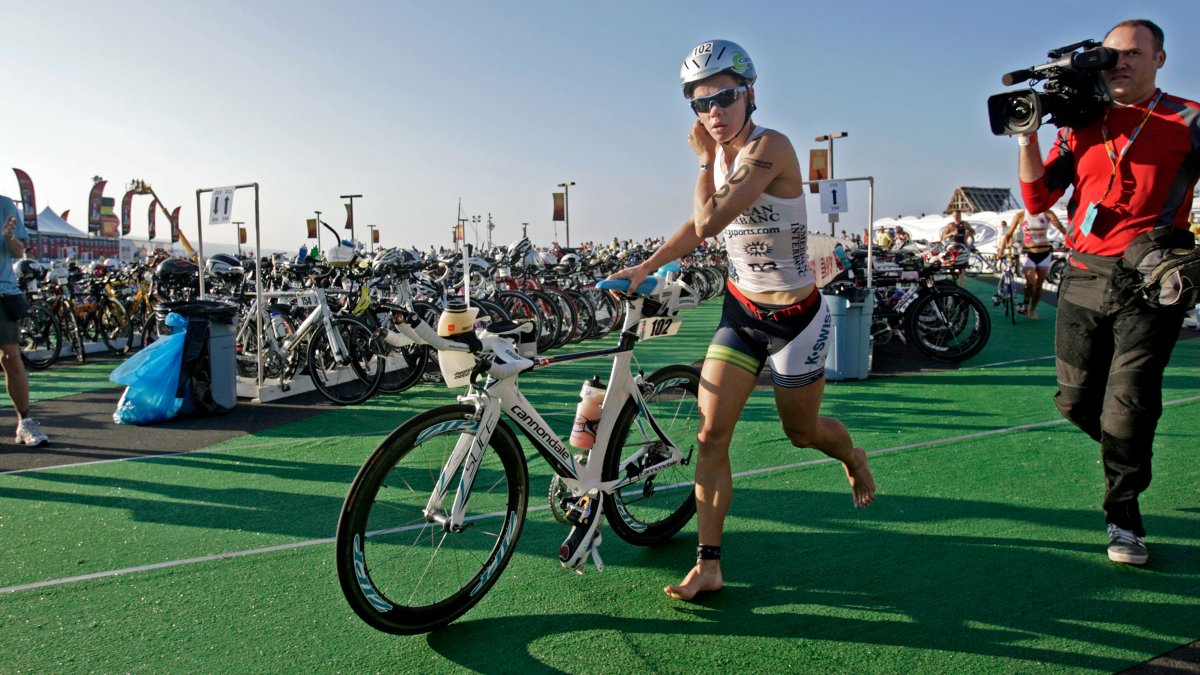 The push to get equal numbers for the men’s and women’s professional fields at the Ironman World championship is well and truly on. In this piece, Firstoffthebike.com’s Susan Lacke investigates the ’50 women to Kona movement’ .

In high school, Rachel Joyce wasn’t allowed to run the 1500-metre race on ‘Sports Day’. That was a “boys’ race,” her teachers said, and there was no girls’ equivalent.

Joyce, unwilling to accept that rule, took to the track and ran the 1500 metres solo in the first-ever girls’ race at her school.

“I felt passionately that as a girl, I should have the same chances as the boys,” recalls Joyce.

Today, Joyce runs much more than 1500 metres while racing. However, the Ironman champion remains a staunch supporter for gender equality in sport. Joyce is one of several pro women advocating for the ’50 Women to Kona’ movement, an initiative working to change the way the World Triathlon Corporation (WTC) allocates slots at the Ironman World Championships in Kona. Currently, there are 50 starting spots allocated for male pros; for females, only 35 starting spots are available – before automatic qualifiers.

“I want to see more women participating in sport and specifically triathlon,” says Joyce. “It is my view that having a disparity between the pro men and women starters sends out the wrong message to achieve this. It sends out the message that Ironman is more of a man’s thing than a woman’s. That just isn’t true.”

The push for equality has gained significant steam in recent months. Many more pros, including Beth Gerdes and Ironman Champion Mary Beth Ellis, have joined Joyce in advocating for equality in Kona. 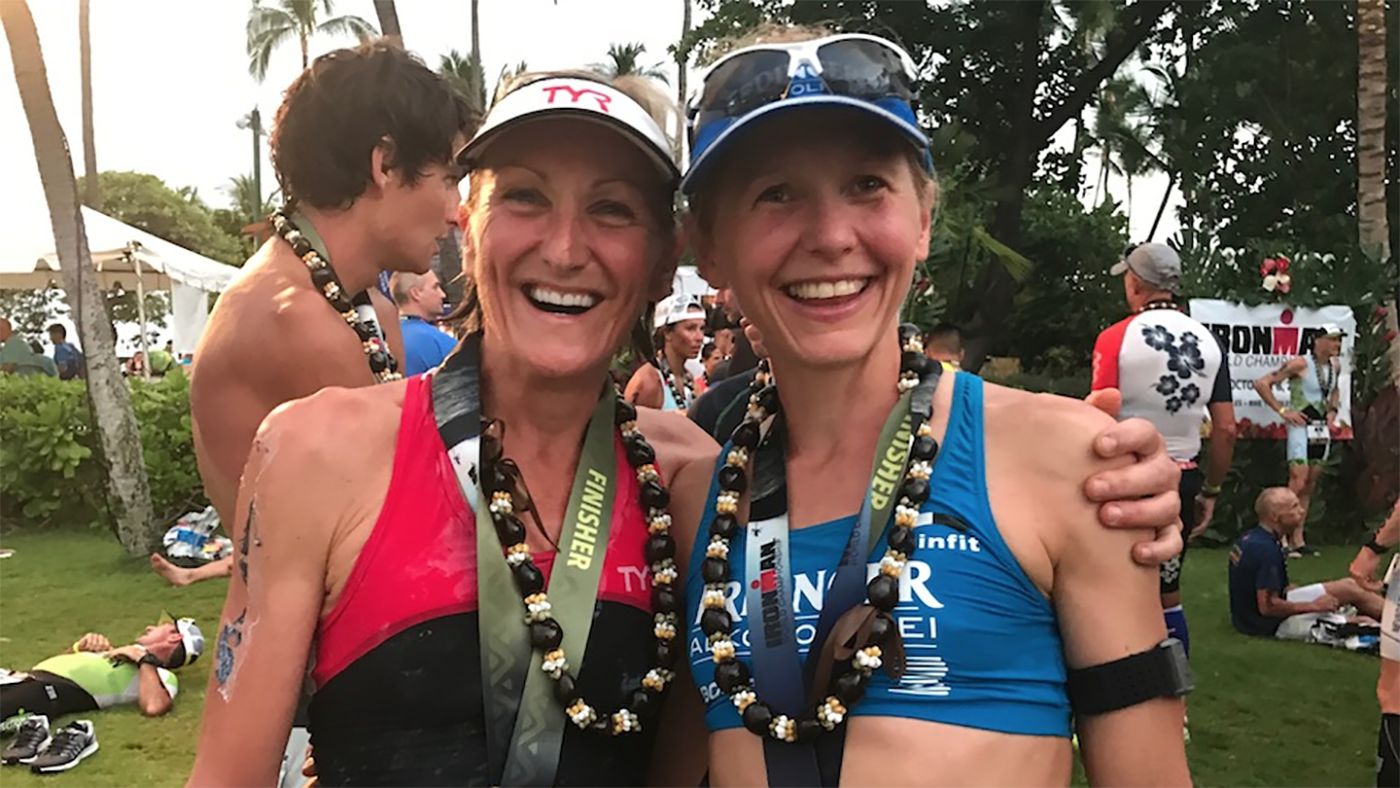 Ellis has emerged as a leader in the initiative, helping to streamline and organise the message of her fellow athletes: “We’ve realised that it’s near impossible for WTC to listen to every voice. We wanted to find a way to unify so we can collaborate with them on ways to improve the sport.”

Gerdes says a key element of success has been identifying the goals and desired outcomes of all involved: “WTC is in fact a private business, and their job is to make money for their investors. It is not their obligation to ensure that women have equal opportunity in long course triathlon. However, with a vast market share in long course triathlon, I’d love to see them set an example for how we can promote the development of female talent in the sport. As age group women are a growing market share for WTC, I think that the top-down approach will benefit the business side in the long run as well.”

The group’s united efforts paid off, as Ironman CEO Andrew Messick recently agreed to sit down in with a panel of female pros including Joyce, Ellis, and Ironman World Champions Mirinda Carfrae and Leanda Cave. Several male pros, including Tim O’Donnell and James Cunnama, attended in a show of solidarity. Soon after the meeting, Messick announced in a press conference WTC would look at ways to implement an equal number of male and female starting spots in 2015. However, his statements hinted gender equality might come at a cost for male pros:

“The women we talked to were not at all focused on the number, they just wanted it to be the same. They didn’t particularly care if it was 55 and 55, or 40 and 40, or 30 and 30.  They just thought that as a matter of fundamental fairness that the number should be the same. So we’re going to look at that for 2015, but that might result in fewer men.” 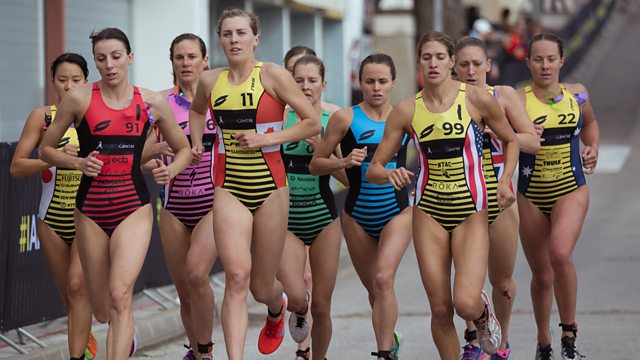 Did the announcement reveal the selfish intentions of female pros to take away from the male field? Not quite, says Joyce. “The pro women don’t want to see the pro men penalised in order to achieve equality, but we did state that equality should be prioritised.”

Ellis agrees: “I don’t think any of the women want our progress to come at a cost of the men’s sport. I think ideally we can keep the men’s spots and grow the women’s spots over the next few years, with a clear timeline to reach equality in alignment with the increase of top-tier talent. As professionals, we want to create a dramatic, exciting event that garners so much media attention that we become invaluable to WTC and get the attention of some of the mainstream brand partners that support professional athletes around the world.”

The model proposed by female pros follows that of the International Triathlon Union, which touts gender equality as a core value. In addition to providing an equal amount of male and female starting spots and prize purses at ITU races, the federation prioritizes equal television airtime and media attention for males and females across all World Triathlon Series events.

“Look at ITU racing now,” exclaims Joyce, “the women’s race is as exciting as the men’s race, if not more exciting…the ITU is a real example of the importance of equal numbers. Creating equal world championships slots will encourage participation in triathlon from the grass roots up.” 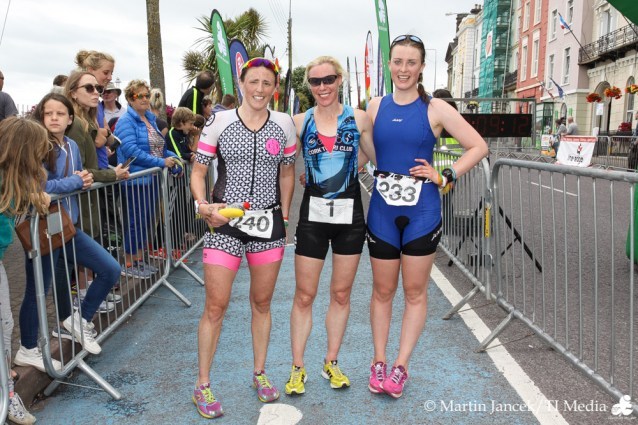 “Equality begets performance,” says Gerdes. “If women are given the stage or the chance to perform at a the highest level, their performance will improve.”

WTC continues to gather information before making a final decision about the size of the male and female pro fields in 2015. In addition to Messick’s sit-down with pros in Boulder, WTC has solicited pro athletes’ thoughts and opinions via surveys about the current Kona qualification system. Until a final decision is announced, the women of the sport will continue their advocacy to bridge the disparity in representation at the Ironman World Championships.

“I look at the 50 top men in the Kona Points Ranking, and I think they are all deserving of toeing the line at the World Championships. I look at the top 50 women and think the same,” says Gerdes. “If the Kona pier won’t grow to accommodate 15 more women, maybe we should think outside the box about win-win situations.”